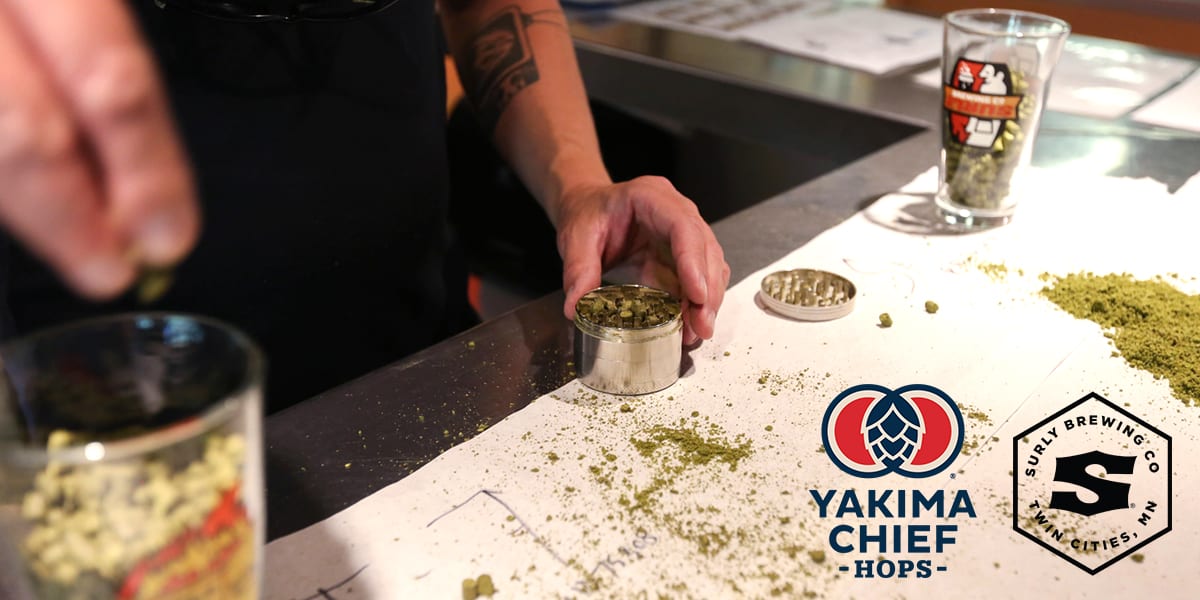 The Story of Idaho 7®

Nate and Heather Jackson grow and develop hops in Wilder, Idaho as first-generation hop growers. When working with Sierra Nevada, Jackson Hop Farm submitted a handful of hop varietals for them to analyze. The seventh one really stuck out as a promising hop varietal, bridging the tropical/citrus gap with striking notes of melon, tangerine, pineapple, and red berries. And that is how the Idaho 7 ® hop got its name.

It’s also the featured hop in Surly’s first in-person beer collaboration in well over a year. Nate, Heather, and our friends at Yakima Chief Hops traveled from the Pacific Northwest to Minneapolis in June to work on an Idaho 7®-driven IPA that we’ll be piloting in our beer hall this summer in anticipation of a future package release.

The family farms that formed the grower-owned organization, Yakima Chief Hops, have been growing hops in the Pacific Northwest for generations, some as far back as 1869. YCH maintains a seamless partnership with Yakima Chief Ranches, a crop management company that specializes in breeding new hop varieties. Through YCR’s joint hop breeding venture with John I. Haas–Hop Breeding Company–they’ve developed craft beer mainstays like Citra®, Mosaic®, Ekuanot®, and Sabro®.

YCH’s partnership with YCR works to connect brewers with these exciting new hop varieties from experimental phase to official release. Each year, YCH hosts their annual hop selection, inviting a well-rounded group of brewers from across the globe to select and provide feedback on the freshly harvested crop. Surly Head Brewer Ben Smith’s annual trip to Yakima for the brewery’s hop selection is by far the high point of his year. Think of it like a candy store, but for hops.

Beyond its aromatic parfait, Idaho 7® is a workhorse that plays well with other hops, accentuating their traits without overwhelming them. Surly’s pilot beer, named Hop Chauffeur after an ancient, still-functioning Lincoln Town Car limousine that lives in one of YCH’s fields, pairs Idaho 7® with the tropical-leaning Sabro® in a 2:1 ratio. We tapped it in the beer hall on (appropriately) the 7th of July, which also happens to be Ben’s birthday.

To learn more about this project, please enjoy this conversation between Nate, Ben, and Steve and Joe from YCH about this collaboration, what YCH does, and why they brought this hop to Surly: