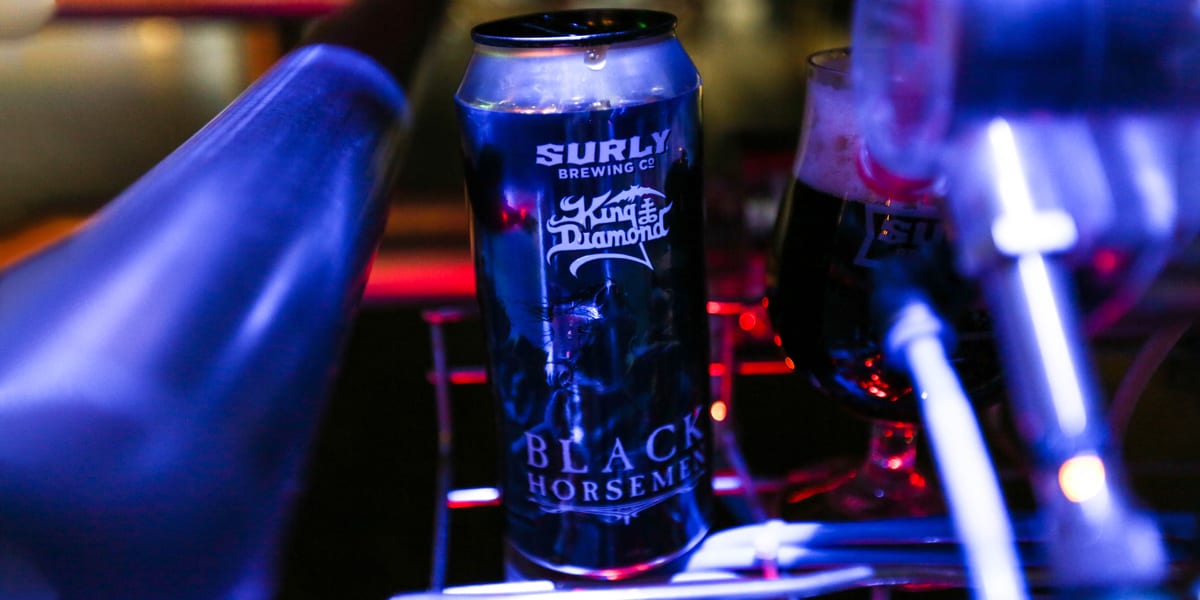 Parties Fit for a King

The response to Black Horsemen Danish-style black lager, our collaboration with metal legend King Diamond, has been astonishing. Fans from across the world (no, seriously: we just had a request from Moscow) have been asking how they can get the beer, including offers to buy used cans.

While we can’t sell our beer online and we aren’t in the used can business, what we can do is have release parties as the King tours North America. We’ll have ticket giveaways, signed prints of the can art, Surly swag, and, of course, beer.

We’ve already done a handful in Omaha, Chicago, and Minneapolis (the King even called in to say hello at that one), and we have a few more coming up, including:

If you’re not in Surly territory, a reminder that the Shock Therapy VIP ticket package includes a Black Horsemen toast with the King on every leg of the North American tour.

And if you need a soundtrack on your way to the party or your local craft beer outlet, check out the Spotify playlist King Diamond compiled for the beer, featuring his own music alongside other immortal metal purveyors, from Sabbath to Uriah Heep to Visigoth.

Are you looking for hops? Stop. The Surly Hop Stop variety pack is the ultimate destination for the discerning hop lover. In addition to our hoppy Furious flagship, you’ll find our latest Idaho 7™-driven hazy IPA, a double dry-hopped pale ale worthy of adulation, and an IPA that drums up a feast of citrusy Sultana … Continued

In 2021 we introduced the first Supreme Variety Pack. The crisp, refreshing flavor of Grapefruit, Mango, Black Cherry, and Key Lime Supreme immediately stood out amidst a sea of bland seltzers and it became one of Surly’s top year-round sellers and a summer staple. What do you do for an encore? You introduce the Tropical … Continued

Q: Aren’t all IPAs cold? A: Well, you could serve them hot, but we wouldn’t recommend it as such. Q: Very funny, wiseass. What makes a Cold IPA a Cold IPA? A: Cold IPA is not just the preferred serving temperature for a hop-forward craft beer. It also describes a relatively new approach to IPA … Continued