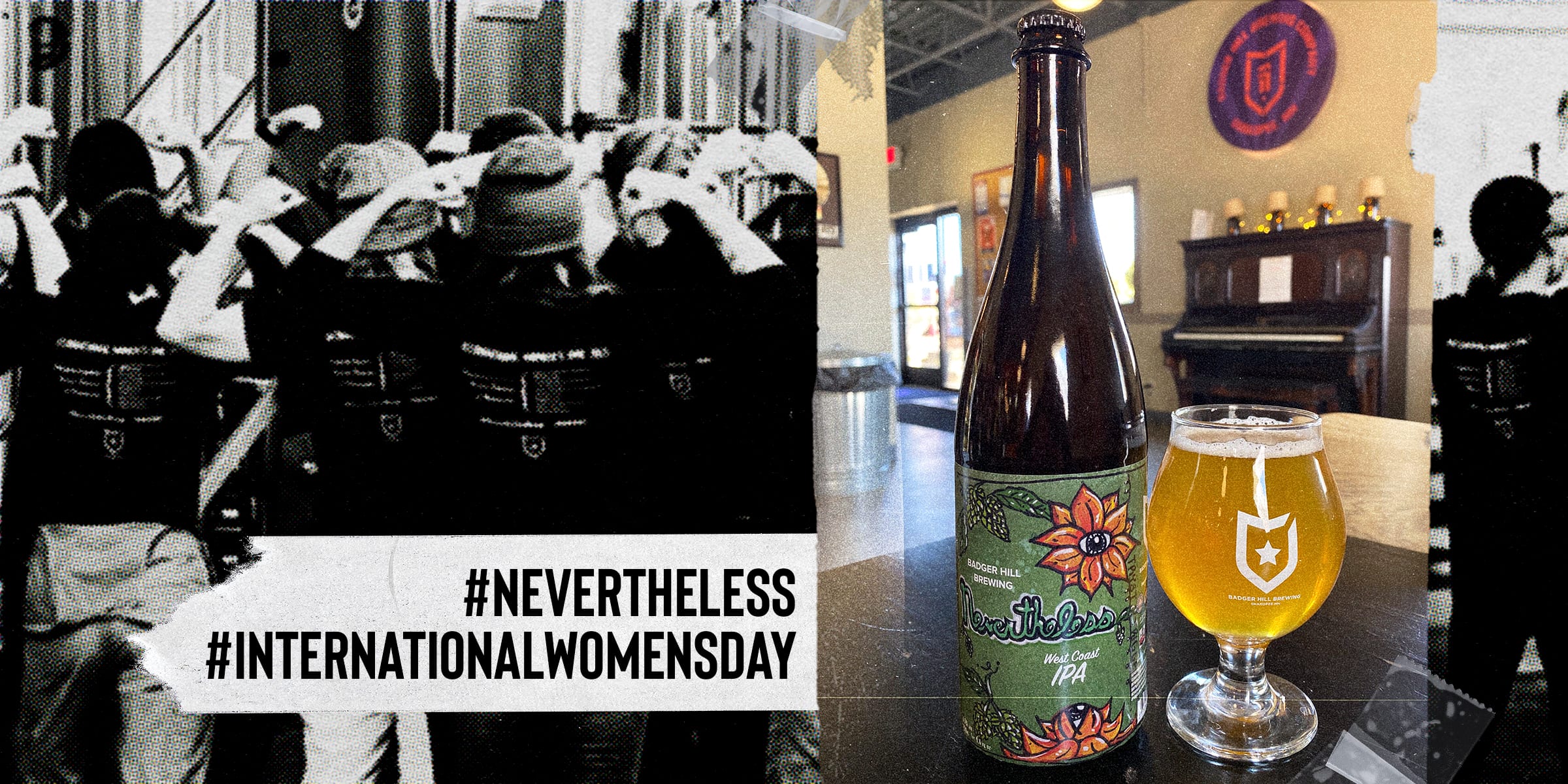 Surly’s Shannon Stroh and Julia MacLean joined forces with the other professional women brewers of Minnesota to create a collaboration beer at Badger Hill’s Shakopee facility. It’s called Nevertheless, and this West Coast IPA is being released on March 8th, International Women’s Day.

Women are sorely underrepresented on the brewing side of our industry. As of this writing, Shannon and Julia represent 12.5% of the 16 women brewing in Minnesota. We spoke with them about their background in brewing, how they arrived at Surly, and their advice for other women on breaking into the field.

Where are you from? Plymouth, Minnesota.

What sparked your interest in brewing? I didn’t really get into beer until I was 22-23, so I managed to avoid the shitty college beer phase. I moved to Colorado, which lived up to its rep as a craft beer hotbed, and really got into it.

What is your background in brewing? I started brewing when I lived in Arkansas. I was a beertender at a small brewpub. It was literally me up front and the head brewer in the back. I volunteered to help and became his assistant brewer. I did everything. Packaging, cellar work, etc. Very much a “learn by doing” path.

My partner and I moved back to Minnesota, I saw there was an opening at Surly, and here I am.

Any advice to women looking to brew? Be yourself. Shoot for goals you don’t think are necessarily within reach, you might surprise yourself. I was filling growlers in Arkansas and now I’m here. Don’t be intimidated, just be ready to learn.

Where are you from? Edina, Minnesota.

What sparked your interest in brewing? I went to college at Purdue, and there was a career fair. The Anheuser Busch tent sparked a lot more interest for me than the other tents for chemistry students. I wrangled an internship at their research pilot brewery. Tons of hands-on experience.

What is your background in brewing? After the internship, I went back to school and emailed every brewery in Lafayette, Indiana, which wasn’t and still isn’t a whole lot. I got a response from a place called Beam and Wagner. Definitely smaller in scale, homebrewing-sized tanks. I worked there part-time while finishing school.

I got a job in the food industry after graduating, but I missed brewing. I’ve been a fan of Surly forever, I brought my parents to the Beer Hall when it first opened and would visit whenever I was back in town. When I saw there was an opening, it was a no-brainer.

Did you realize right away that “this is an awful lot of dudes?” I was an engineering student at Purdue, so brewing is actually a minor improvement.

Advice to women looking to brew? Latch on to anything that looks like relevant experience that you can use down the road. That Indiana brewery was tiny and claustrophobic at times, but it was great experience. Any experience goes a long way. Did everything I could to build up a resume and now I have my dream job. Sift through the mud, find the gold.

Nevertheless is available out of Badger Hill’s Shakopee taproom.

Note: If you’re reading this on International Women’s Day, all of Surly’s women employees are gathering today to create their own beer for release later in 2021. Watch our social channels for more information.