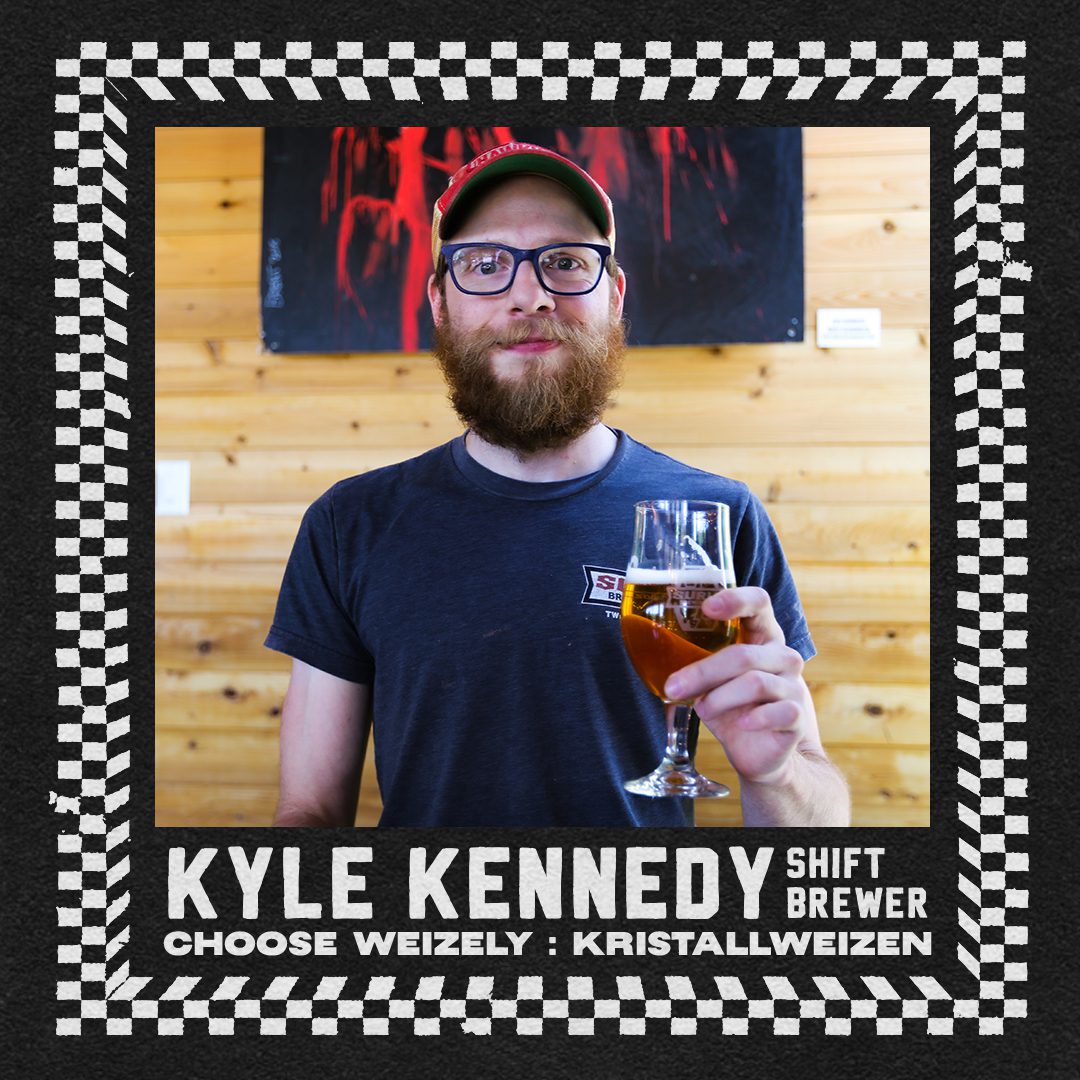 Our latest Intelligent Design* offering comes from brewer Kyle Kennedy, who put his own spin on a kristallweizen, a clearer version of a classic hefeweizen. He gave us the lowdown on his inspiration for Choose Weizely and why those who miss Cynic might want to check this one out.

*If you’re unfamiliar, Intelligent Design is the name of our brewer-driven series of beers, wherein a brewer develops a beer concept and work with the Head Brewer and Brand Development team to bring that beer to life as a tap in the Surly beer hall. The entire process mimics Surly’s R&D process for developing new brands to bring to market, from brewhouse logistics to scaling up recipes to consumer appeal.

My name is Kyle Kennedy, I’m a native of St. Paul, and I’ve been a shift brewer at Surly for two years.

How did you get into brewing?

I started home brewing when I was 21. Later, I got a job in the Surly warehouse, and when a position opened on the brewing side, I decided to take a shot at turning my hobby into a career.

What was the first craft beer you really got into?

To be honest, Shiner Bock.

What was your inspiration for making a kristallwiezen?

What kind of hop/malt bill did you go with?

Nope. What you see is what you get.

It’s a light and flavorful summer drinker. Crush one the next time you’re in the Beer Hall.