All the Hops That Fit

Surly built its reputation on hops, even when that wasn’t the cool thing to do. (The Minneapolis bar owner who spit Furious out in front of Omar is foundational brewery lore.)  Still, we hopped and dry-hopped and double dry-hopped the hell out of our beers, despite living among a radical sect of Scandinavians who think ketchup is hot sauce, because that’s the beer we liked to drink. It turned out we weren’t alone.

Which brings us to 2018. “This is too damn hoppy” is not a complaint you hear much anymore, outside of a stray Uncle Randy. You don’t have to belong to multiple Facebook craft beer discussion groups to know that being a hop-forward brewery is hardly groundbreaking. We should know. We broke it.

What sets you apart now is what you do with all those damn hops. Our third variety pack of 2018, the Hop Pack, is a hop-forward brewery’s hop-heavy response in one 12-pack. The name probably gives that away.

“Unique and drinkable,” says Head Brewer Ben Smith. “If you want to put the Surly philosophy into a Venn diagram, that little sliver where the Unique circle and the Drinkable circle meet is where I want us to be. The Hop Pack reflects that.” Surly flagships/residents of that little sliver Furious and Xtra-Citra make up 2/4 of the 12-pack. Two entirely new beers round it out. They are as follows: 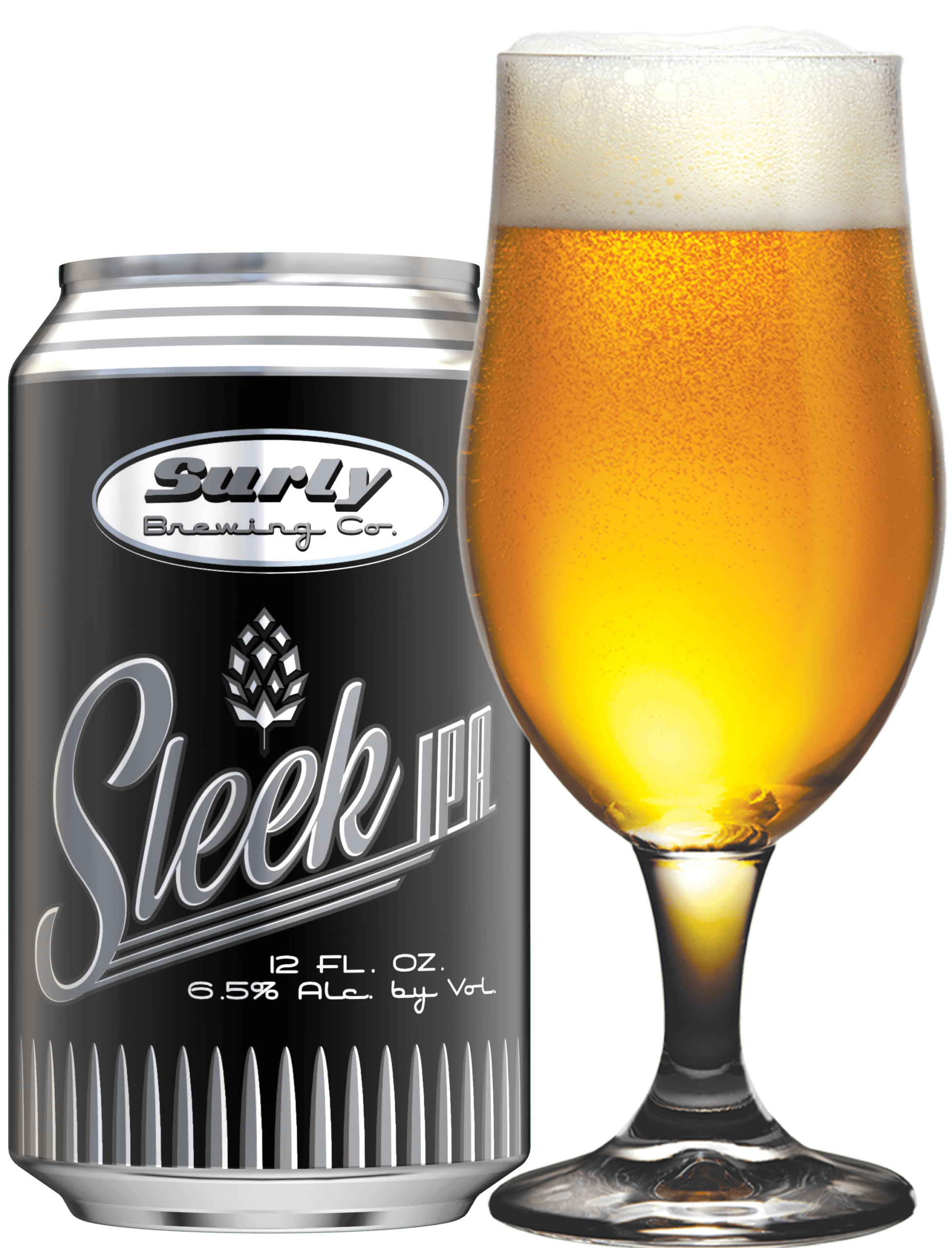 KITSCH: A hoppy…lager? What the hell? Is that even allowed? Walter Sobchak is not yelling at us, so we guess so. We paired a traditional lager style with a thorough dose of Amarillo, Centennial, and Citra dry-hopping. The result is a hop-stung wallop of floral, woody notes with a clean, crisp finish. 6.1% ABV.

Also, the cans are way cool.

Sleek and Kitsch cans are available only in the Hop Pack. There will be limited draft availability in the Beer Hall and at occasional events, but the key word is limited. It goes out to all Surly markets the week of August 20.