3DH: Three Is a Magic Number

“The trouble with a lot of triple IPAs is that I’ve never really had one I liked.”

This, from Surly Head Brewer Ben Smith, was the hurdle to clear for making 3DH, the triple IPA that’s our latest BC Small Batch offering.

“Finding one I truly liked was difficult,” said Smith. “They’re under-attenuated, too boozy, and too sweet. It was a challenge for our brew team to solve. I think we succeeded. Maybe too well, because it’s real easy to drink for a 10% (ABV) beer.”

3DH is triple dry-hopped (hence the name) on Simcoe, Amarillo, and Citra. “We added glucose solids to make it super dry, we used a simple malt bill, and then we dry-hopped the hell out of it,” says Smith. Experimentation came into play with FLEX® by Haas, a kettle bittering addition that boosted the IBUs without losing the yield one would expect from an extensively hopped beer.

The result is a highly aromatic and flavorful triple IPA that goes right up to the edge without going over. But you can see it from there. 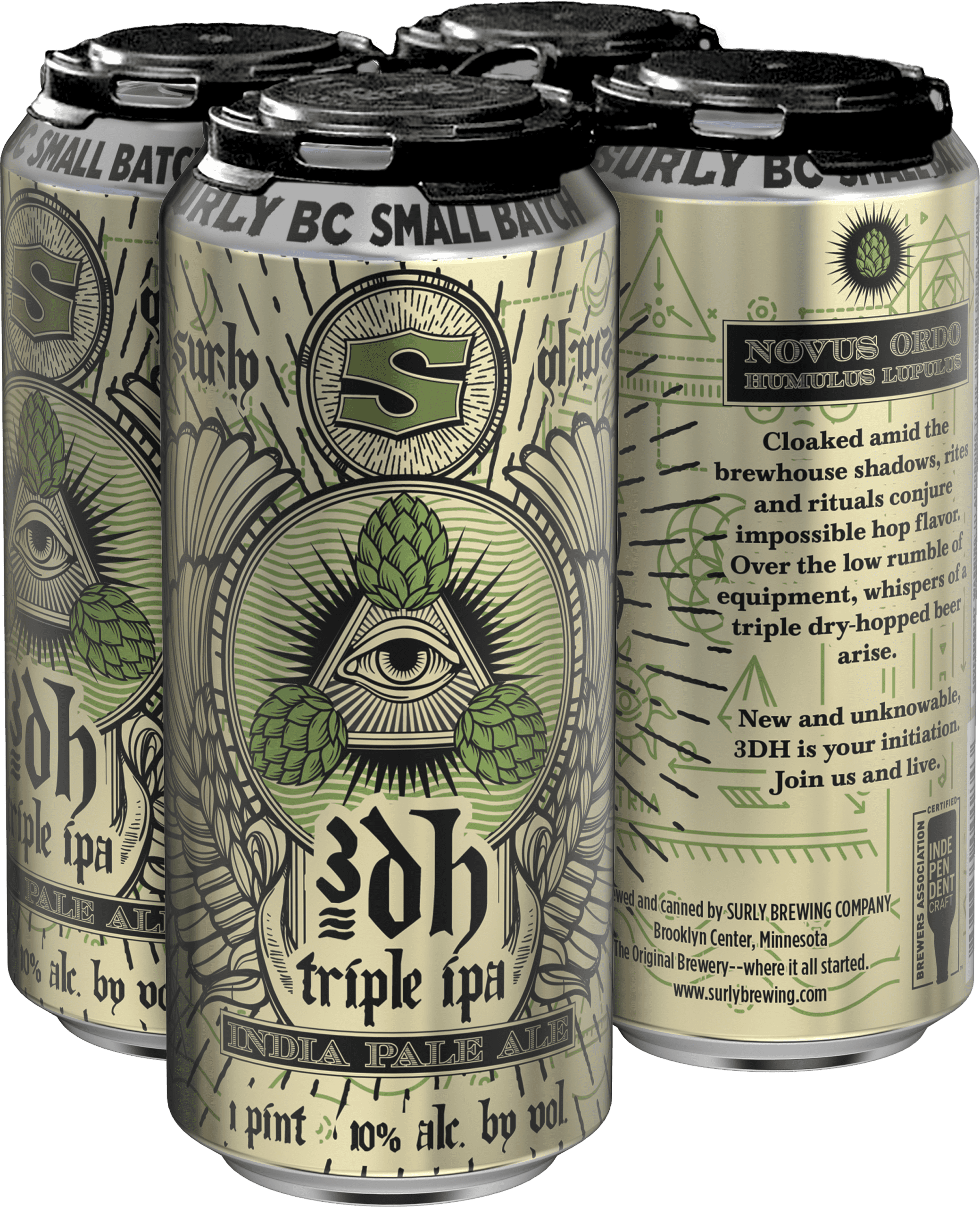 With that in mind, and with that many hops, the recommendation is to drink it fresh and drink it now. 45 days from the brew date is ideal. The turnover on our BC Small Batch beers is monthly, and most beer geeks don’t need to be told to chase fresh beer, but we really mean it this time. Cellar something else.